In the Baroque era, the term »la folia« stood for boldness, wildness, playfulness, desire, and an artistic attitude of freedom and exuberant creativity. Since its founding in 2007, the La Folia Barockorchester has enlivened the international music scene with these attributes on period instruments. Whether in chamber music or late Baroque opulence, with instrumental music or in collaboration with vocal soloists – the young ensemble around founder and concertmaster Robin Peter Müller always stands for vital and stirring interpretations of the music of the 17th and 18th centuries. The ensemble regularly works with musicians such as Anna Prohaska, Hille Perl, Mahan Esfahani, and Dorothee Oberlinger. Performances at the European Music Weeks Passau, the MDR Music Summer, and the Herrenchiemsee Festival are some highlights of the 2021/22 season. 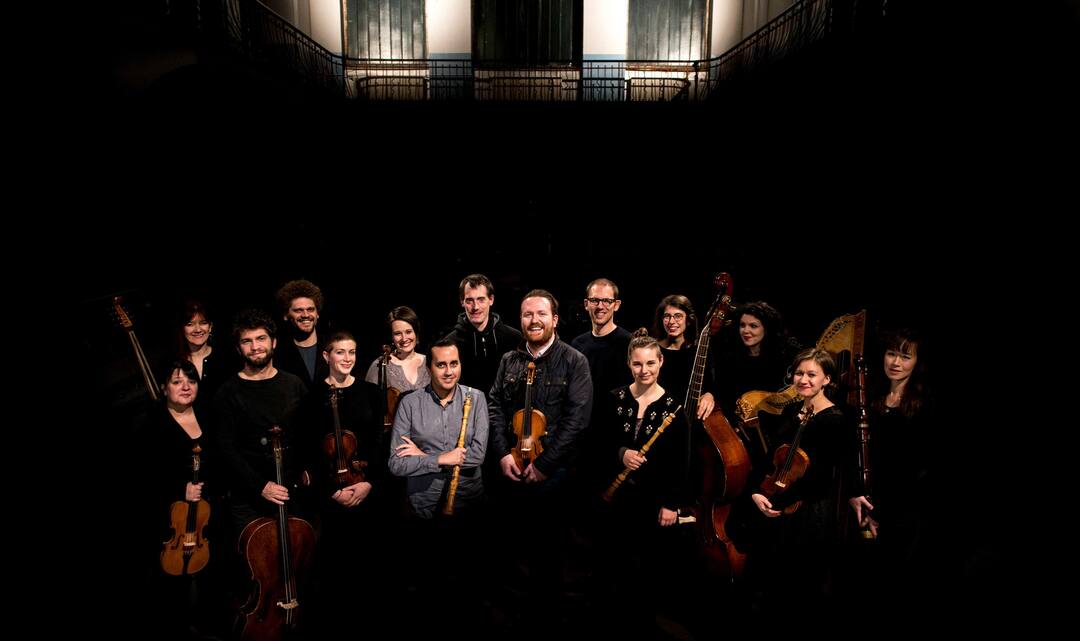