As a flutist, Anna Friederike Potengowski studied orchestral and chamber music in Dresden and Berlin. She pursues her passion for chamber music primarily with her ensembles Les Alliées, Trialog, and VentOs. Fascinated by the multifaceted dimensions of music, Potengowski collaborates with artists of various genres, including Frieder Zimmermann (film and theatre music), Martin Daske (3D scores, sound archive), and Rupert Till (archaeoacoustics). Concerts have taken her to the Volksbühne Berlin, the Mozarteum Salzburg, and the American Festival of Microtonal Music, among others. Since 2010, she has been engaged in the music-archaeological research of Stone Age wind instrument finds. In April 2017, she released »edge of time« (Delphian Records), music for reconstructions of Palaeolithic wind instruments, alongside percussionist Georg Wieland Wagner. 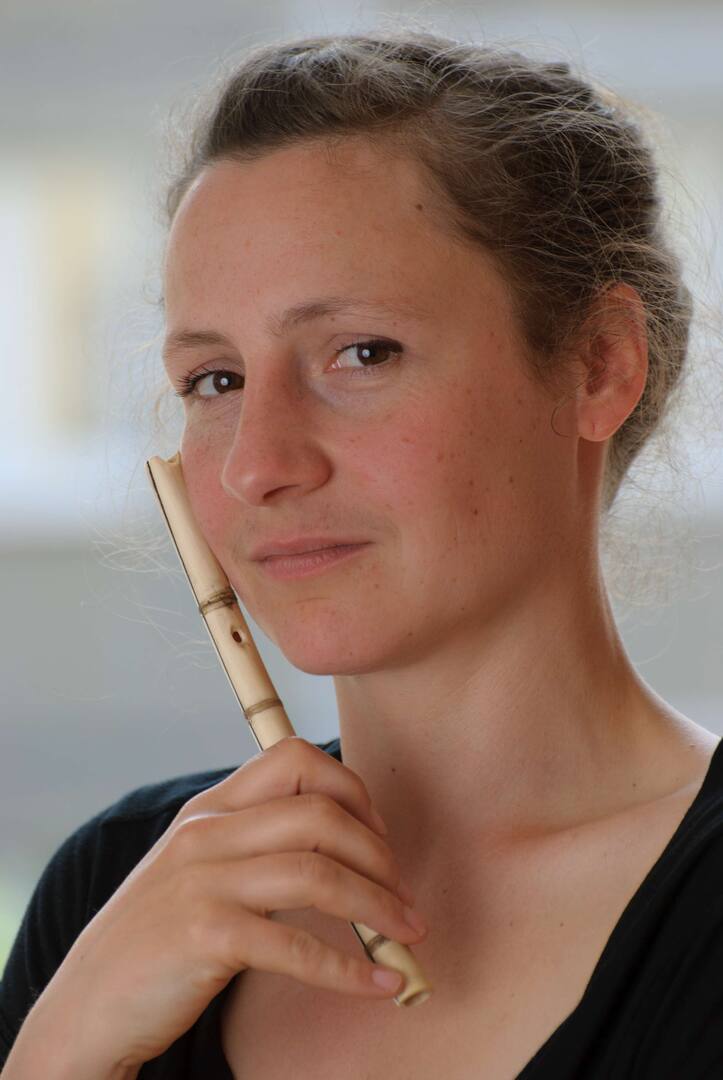