The year 2021 is still marked by the Corona effects, but also by digital, hybrid and, last but not least, numerous live events. Unlike last year, we were able to cover the entire festival period from 6 May to July 11 as well as the autumn dates in September and October with a total of 37 events! In addition to this we were able to present a triad of music, art installation and dance in the fall. We are grateful and happy and look back on a successful year.

[This text has been translated electronically] If there’s one thing this festival season has demanded, it’s: Flexibility. After all, we were very keen not to cancel the festival. but to fight for every event, despite difficult planning planning conditions. So we are all the more delighted that we have been able to present 33 event formats with a total of 41 performance dates across the – digital and analogue – stage! stage! In the process we have opened up new formats and venues, gained new partners partners, reached new audiences and made many steps towards digital transformation. transformation.

The 2021 summer season opened up two fundamentally new fields for the Schlossfestspiele. new fields for the Schlossfestspiele: the Digital May and the festival centre in the Court of Honour of the Palace. The month-long digital playbill comprised ten events and received around 32,000 hits. Thereby the website of the Ludwigsburg Festival website has grown along with the new requirements in the last requirements, especially the digital stage. We are pleased that, in addition to live streams and video-on-demand offers, there is now also information material, interviews and short introductions can be found there. short introductions. The section »In Conversation« was born and quickly delivered quickly provided many exciting backgrounds and in-depth impressions. Also the education workshops «Spoken Moments Poetry« and »Somewhere in Between« were also moved to the digital realm have developed into something completely different from what was originally planned: artistic originally planned: artistic film productions. On digitality in the arts says our artistic director Jochen Sandig: »The most important thing, however, remains: People make music for people or dance for people. The medium may vary, but the focus is always on the content – the artistic and the human content.«

The sound circle in the festival centre with 21 loudspeakers was able to span this arc between presence and digital events particularly well. The free audio broadcasts from the Ordenssaal and Forum ensured live enjoyment at a distance, but still in exchange with the festival and other visitors. visitors. Thus those interested could listen to the concerts of Anna Lucia Richter with Ammiel Bushakevitz and Johanna Summer, when no audience was allowed inside. was allowed inside. This new venue, and thus also a meeting place, was a great met with very positive feedback and quickly became the new heart of the festival. the new heart of the festival. The special atmosphere and the high quality of the sound gave the Schlossfestspiele a new dimension of impact. When the allows it again, the festival centre will grow and attract diverse guests to a symbolic and physical table for table and conversation. The tables that were used as a stage for »Hannigan’s Moveable Feast« and for the »Fest Spiel Finale« will be transformed will be assembled from the tables used as a stage for »Hannigan’s Moveable Feast« and the »Fest Spiel Finale«. The concept of the table design comes from Doris Dziersk and was developed in the context of Dance Congress 2019 – A Long Lasting Affair.

From mid-June, events with visitors were also allowed. were allowed. We had the pleasure to welcome the Oberon Trio, Isabelle Faust (in a quintet with Anne Katharina Schreiber, Antoine Tamestit, Jean-Guihen Queyras and Alexander Melnikov), as well as Anna Prohaska in a trio with Veronika Eberle, Alisa Weilerstein and Iddo Bar-Shaï, as well as Tabea Zimmermann with an extraordinary Tabea Zimmermann with an extraordinary solo program. For the piece »Dialogues 2021 - Ludwigsburg« the Blühende Barock kindly opened its gates and through which Sasha Waltz & Guests danced until they finally entertained the audience in the in the Ehrenhof with »In C«. Barbara Hannigan led the »Moveable Feast« through several venues within the Residenzschloss and in »Chiaroscuro« through the «Chiaroscuro« through a double evening full of contrasts. Kaan Bulak united in his composition »Transtemporal«, Kaan Bulak united essences of music history and sounds of the sounds of the local castle courtyard. The family day »We Are Family« delighted visitors young and visitors of all ages with art, music and dance. We are pleased about the cooperation with the State Academy of Music in Trossingen in the course of the Trossingen in the course of the »Hohenkarpfen XXI« project, about the successful co-production co-production »Dying Swans Live Experience« with Gauthier Dance//Dance Company Theaterhaus Stuttgart, which took place on five dates at the Theaterhaus Stuttgart, and about the new venue in Kornwestheim, the drive-in cinema. There, visitors were able to see Pina Bausch’s choreography for »Le Sacre du printemps« in the realization of the École des Sables on the beach of Dakar on the big screen. the 2022 season, the production will be a physical guest in Ludwigsburg. as a guest.

Due to the digital reorientation of the festival we have been worked together with some new partners: We would like to thank Ludwigsburger Bauer Studios, schawaTV and dringeblieben.de for the technical realization of the livestreams. live streams. d&b audiotechnik, together with our long-standing partner partner Tontechnik Fichtner for the smooth running of the sound circle. was taken care of. In addition, we worked with ARTE Concert for the opening concert with Oksana Lyniv and »Chiaroscuro« with Barbara Hannigan, a wonderful media partner. a wonderful media partner. The existing media partners SWR and Deutschlandfunk will broadcast some excerpts some excerpts of our programme beyond the festival period. Apart digital, we were able to greatly reduce the amount of waste that would otherwise be produced waste that would otherwise have been produced. The trees planted by the Cleven Foundation and and Hitradio antenne 1 – a total of 164 trees – have sustainably and successfully successfully replaced the usual floral gifts at the end of an event. at the end of an event. We have also laid the foundations for this season with the regional textile company UMTC. textile outdoor advertising and merchandise for this season. A status quo on our internal efforts to pursue the sustainability goals can be goals, you can read in this further article read about it.

Also thanks to other strong partners the Festival 2021 have been able to realise their ten-week festival programme. For example, the Digital stage could only grow in this form thanks to the generous donation from Porsche. The individual events benefited from the federal grant from funds provided by the Federal Government Commissioner for Culture and the Media, the Ruprecht Foundation, the Wüstenrot Foundation, the Heidehof Foundation, SATA, the Innovationsfonds Kunst in Baden-Württemberg and the Kreissparkasse Ludwigsburg. Also to the and board of trustees of the Schlossfestspiele for their constant support. for their continuous support.

How does it continue?

Like many people and institutions in the cultural scene, the Corona the Corona pandemic has presented us with new challenges, which will inevitably have an impact on the ongoing process of planning the new season, for example in the areas of event and personnel planning or ticket sales, for example. While the planning for the Summer 2022 are already in full swing, the small and large lessons learned from the festival will be lessons learned from the May 6-July 11, 2021 festival season will be woven in and implemented. We look forward to a strengthened and exciting anniversary edition next year: we are entering the last decade before the centenary of the Ludwigsburg Palace Festival. Until then, some concerts and event formats can be Digital Stage website. In addition, we will be in touch soon with some news. So even after the end of the festival you are welcome to regularly check our website regularly or sign up for our Newsletter .

From the bottom of our hearts we thank you for your visit – see you again soon!

Impressions of the 2021 season 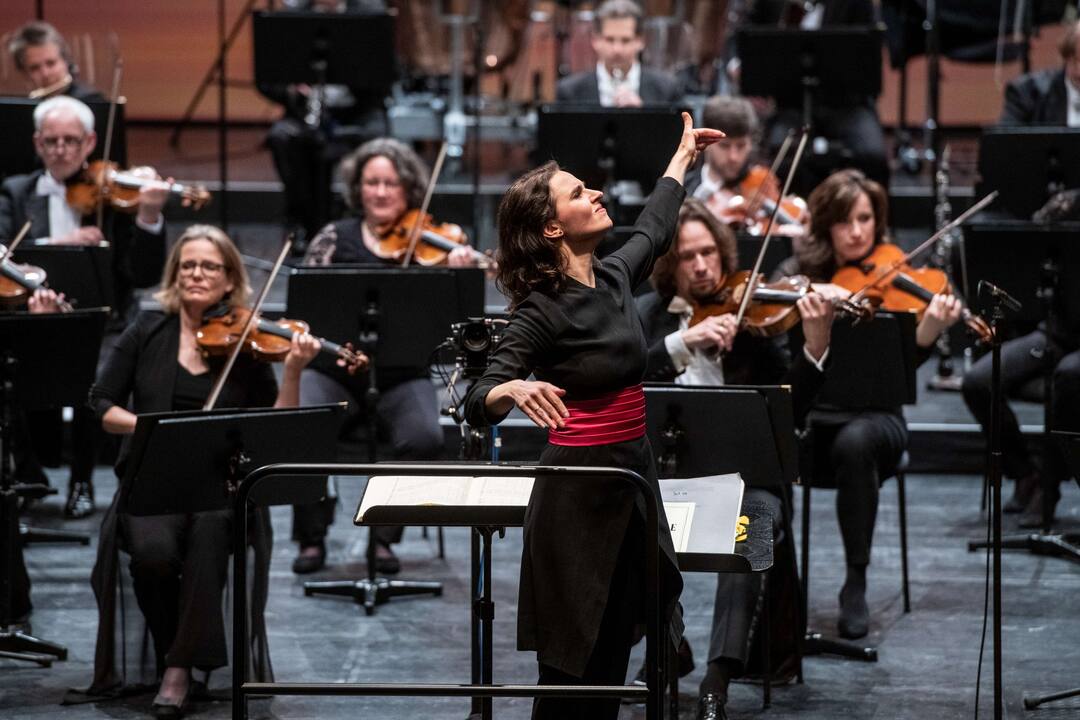 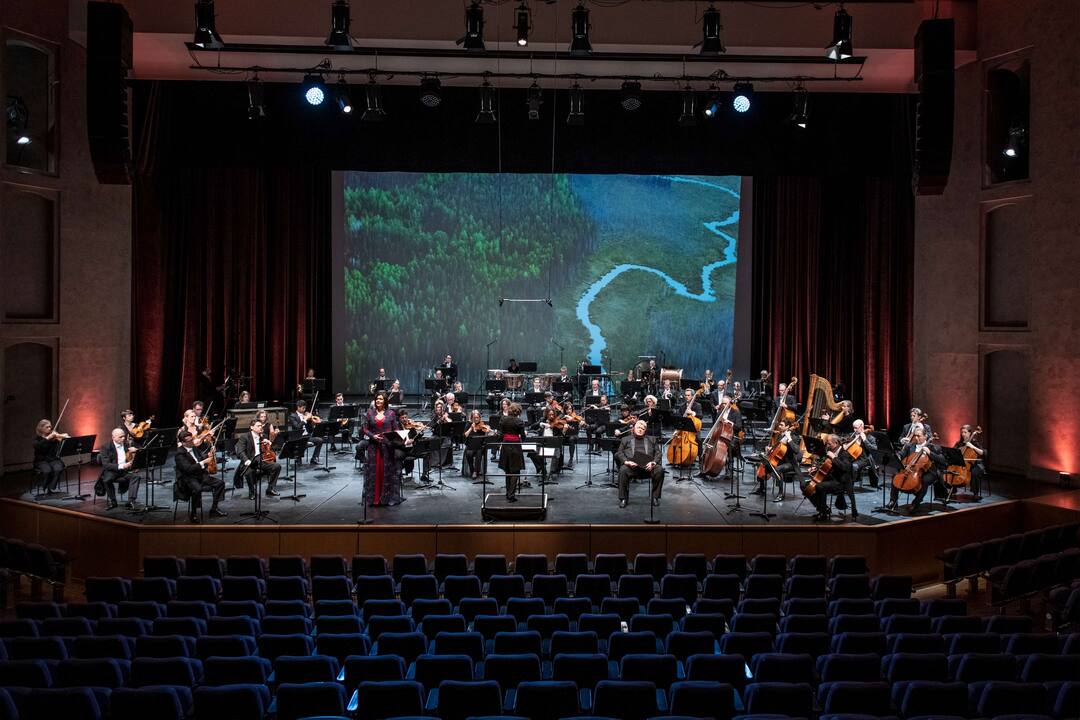 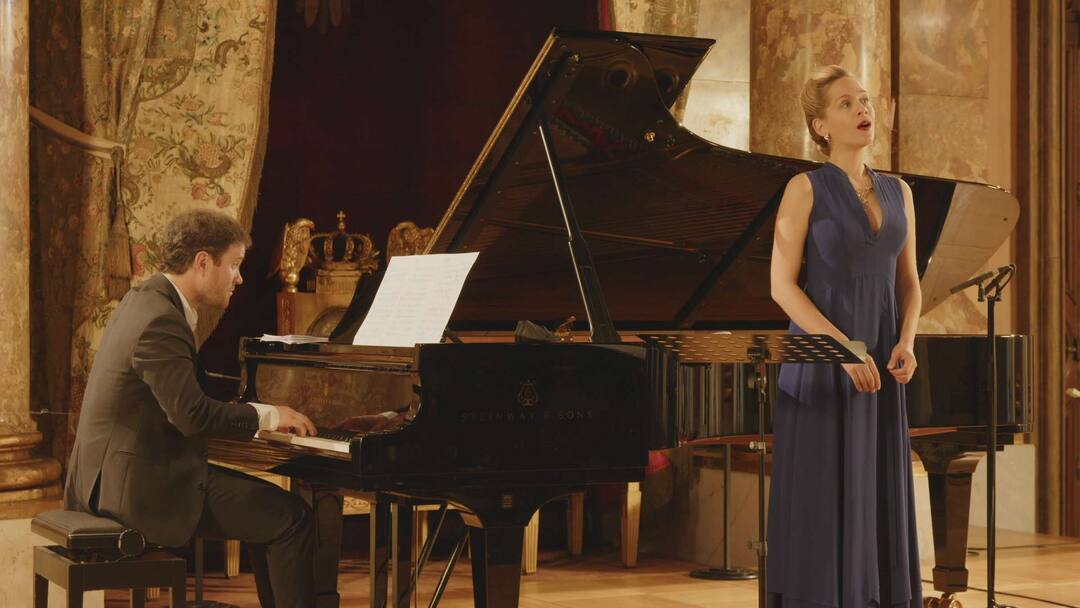 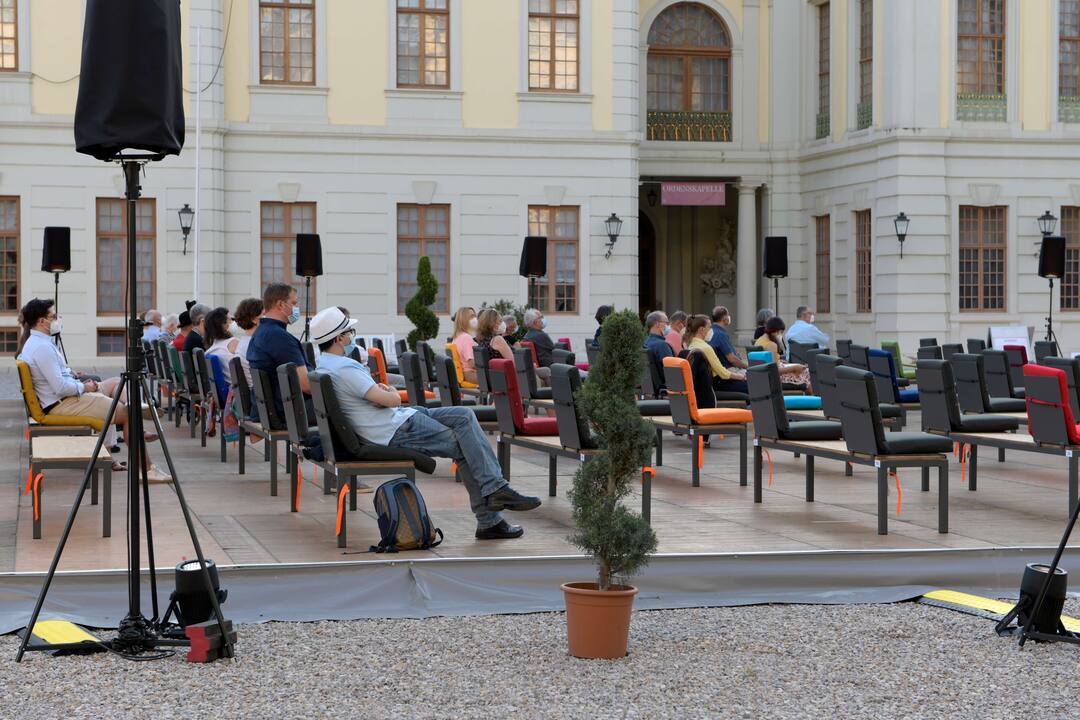 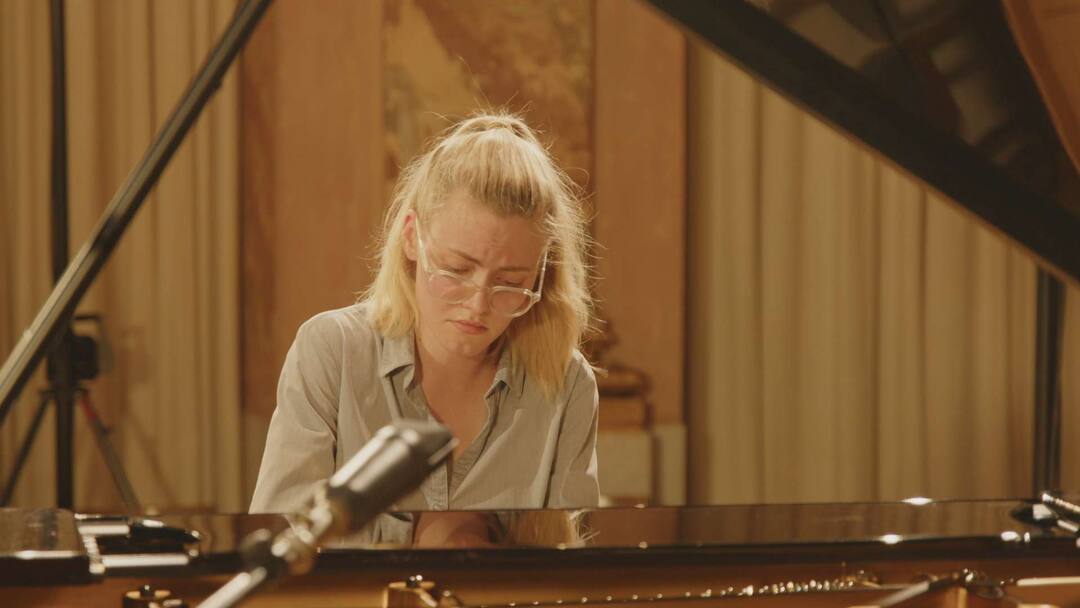 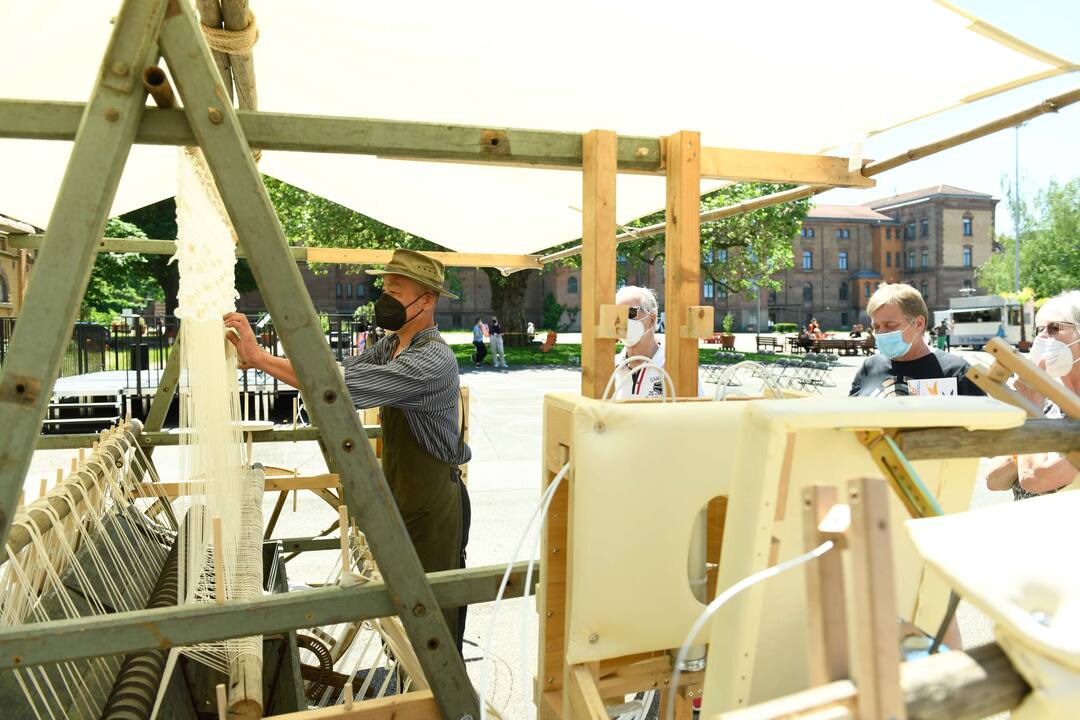 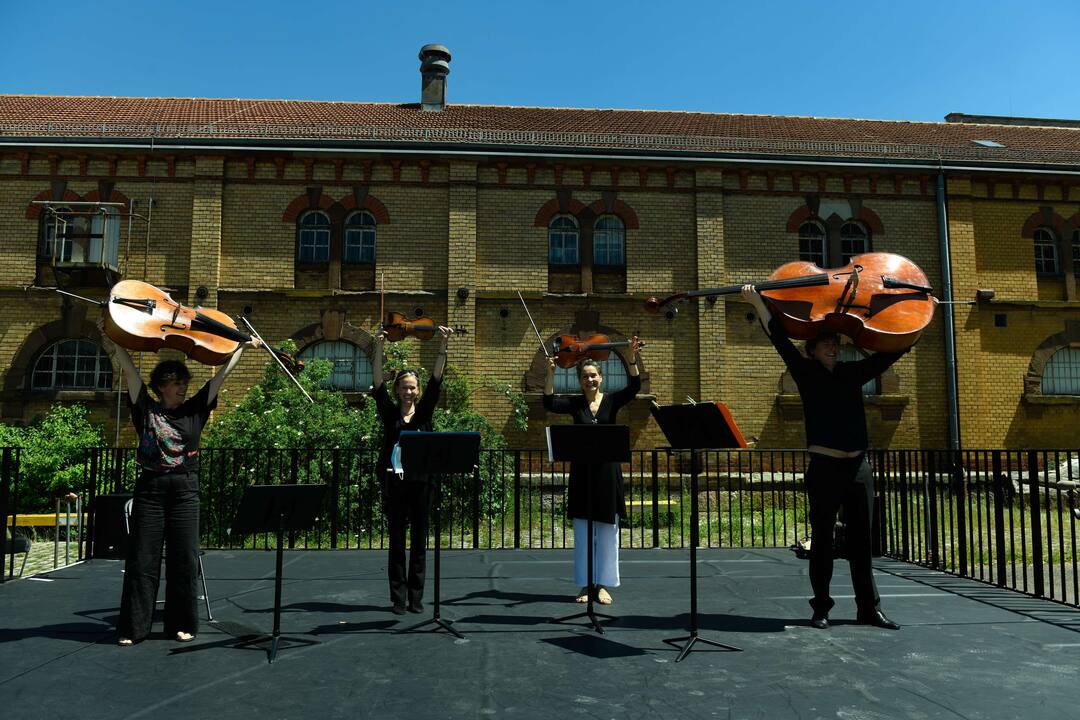 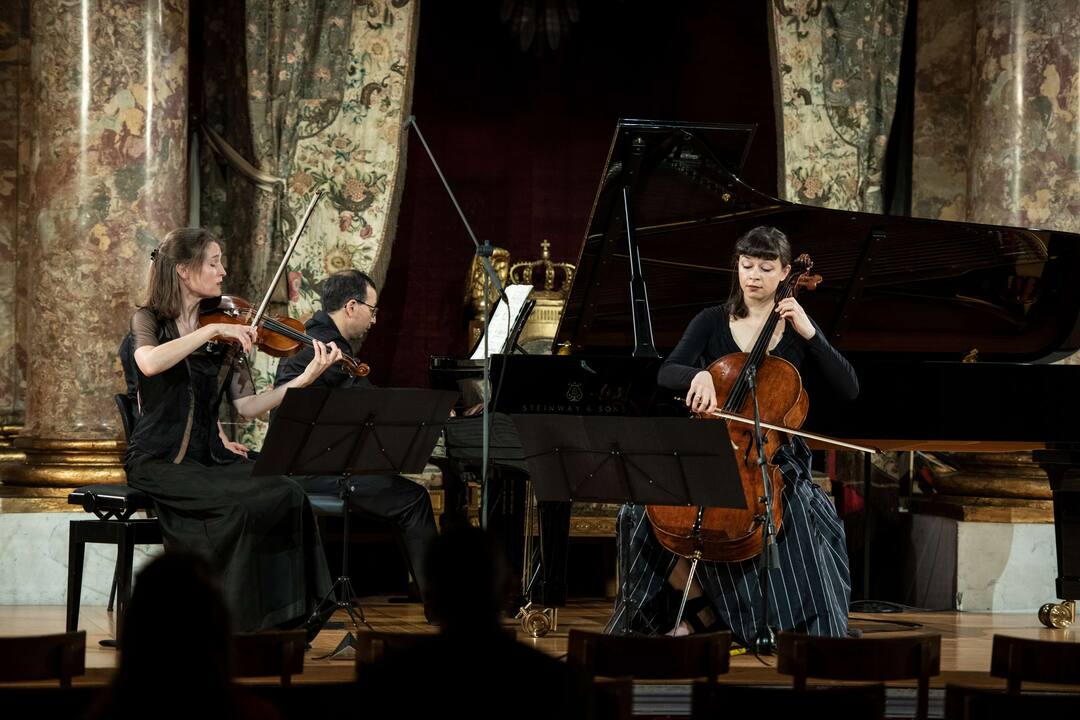 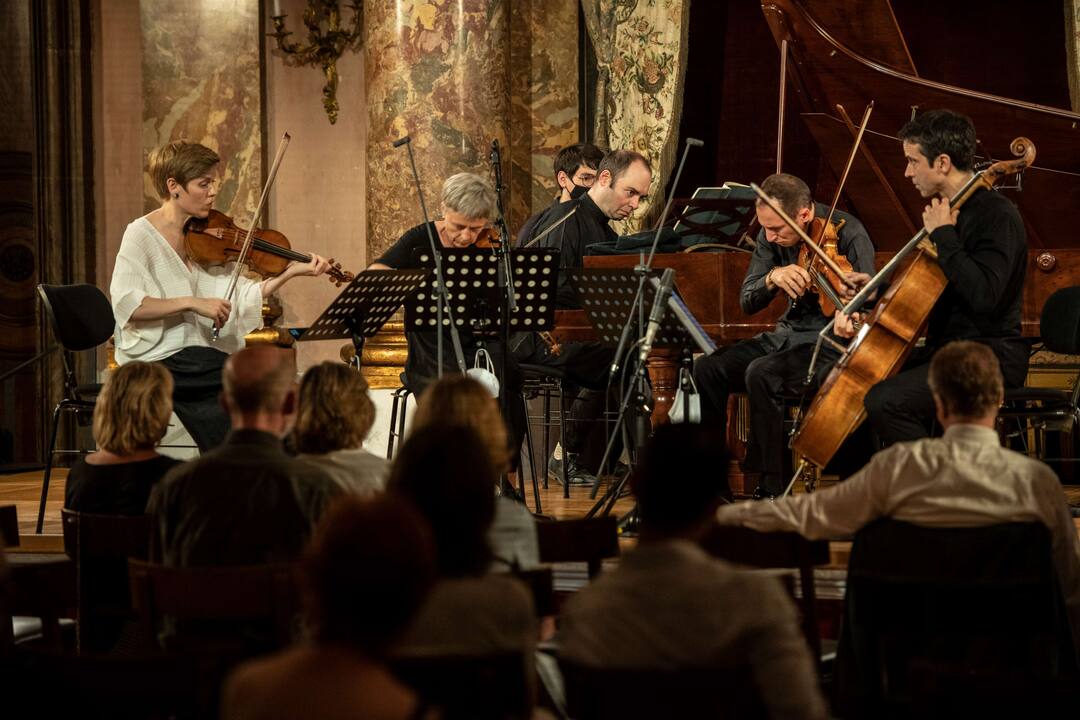 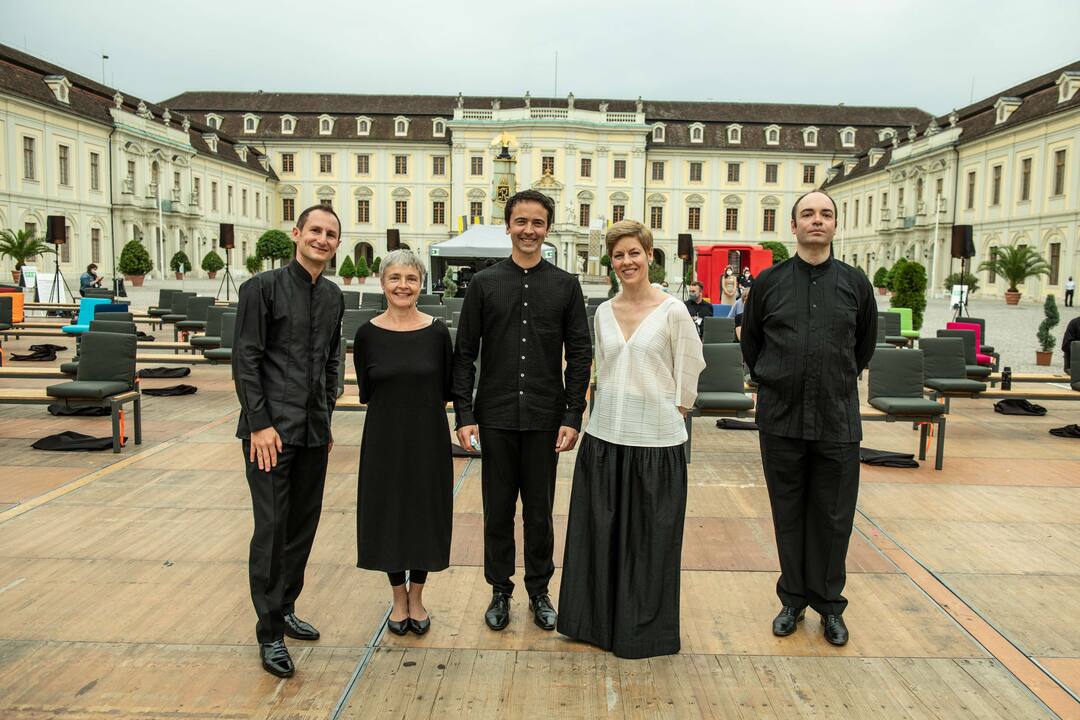 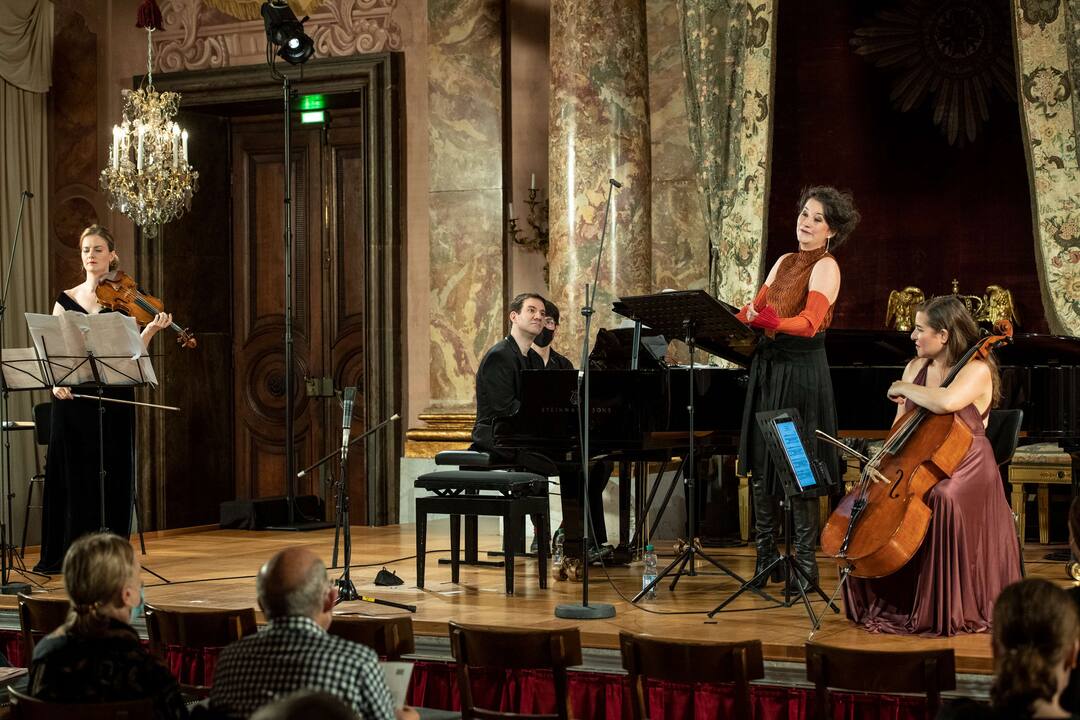 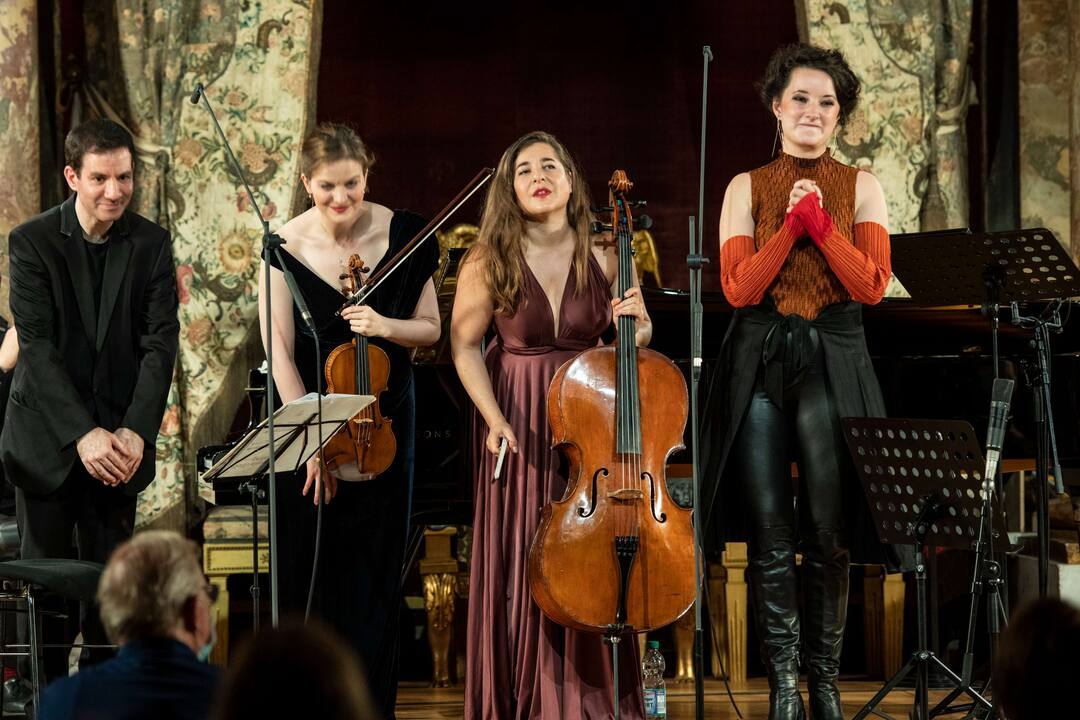 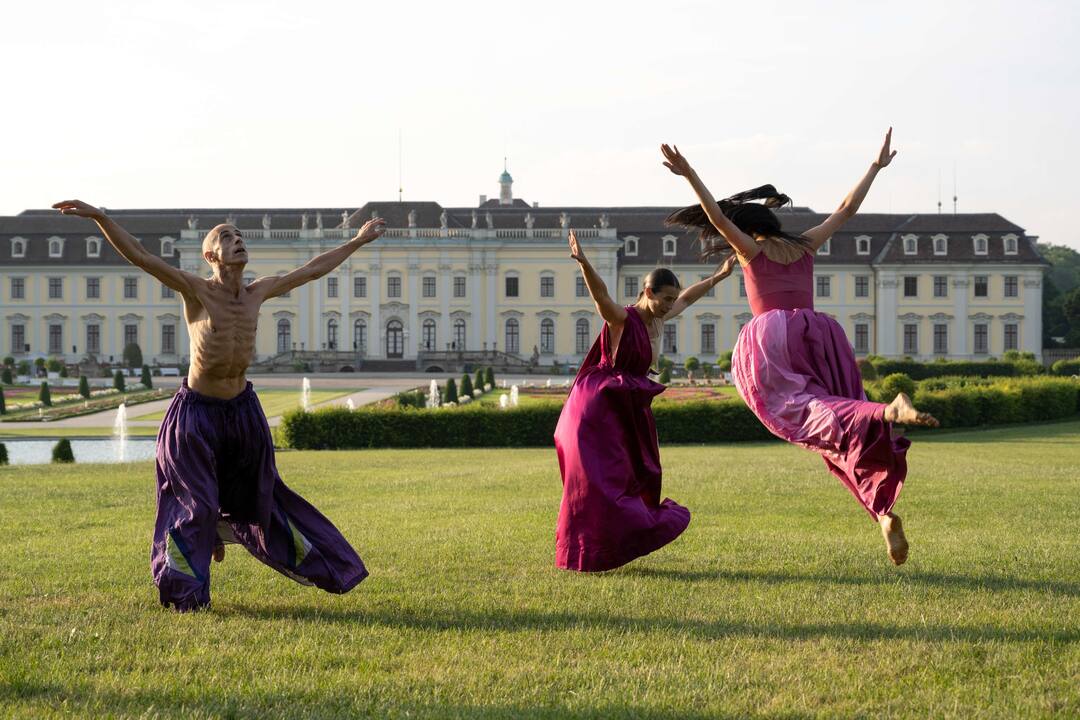 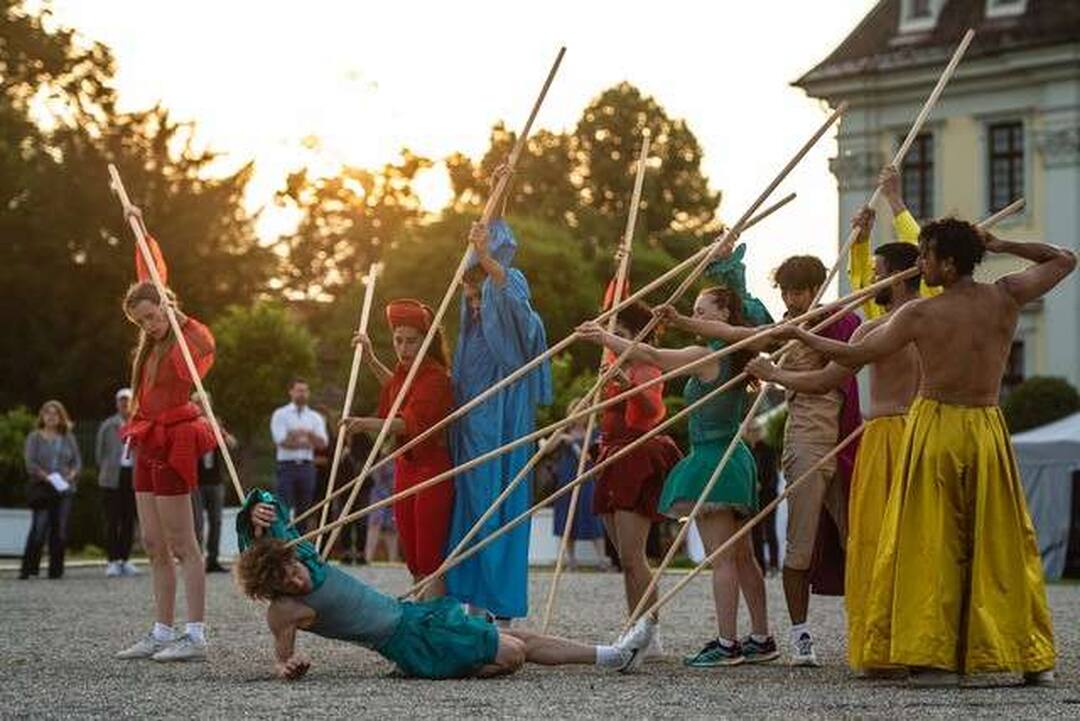 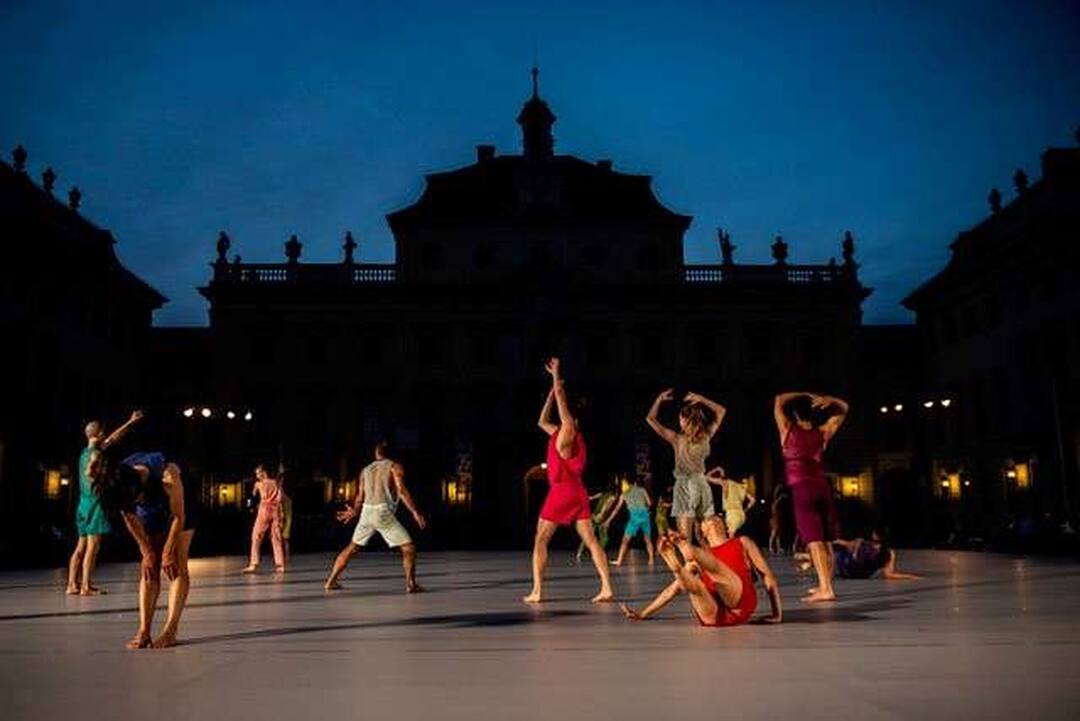 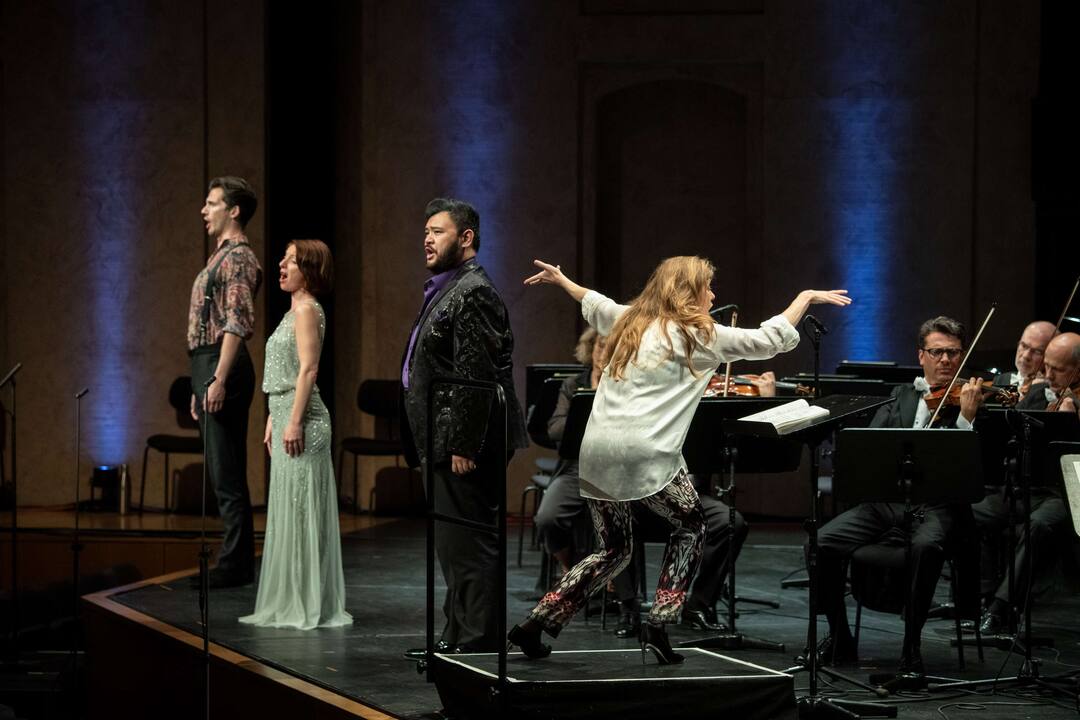 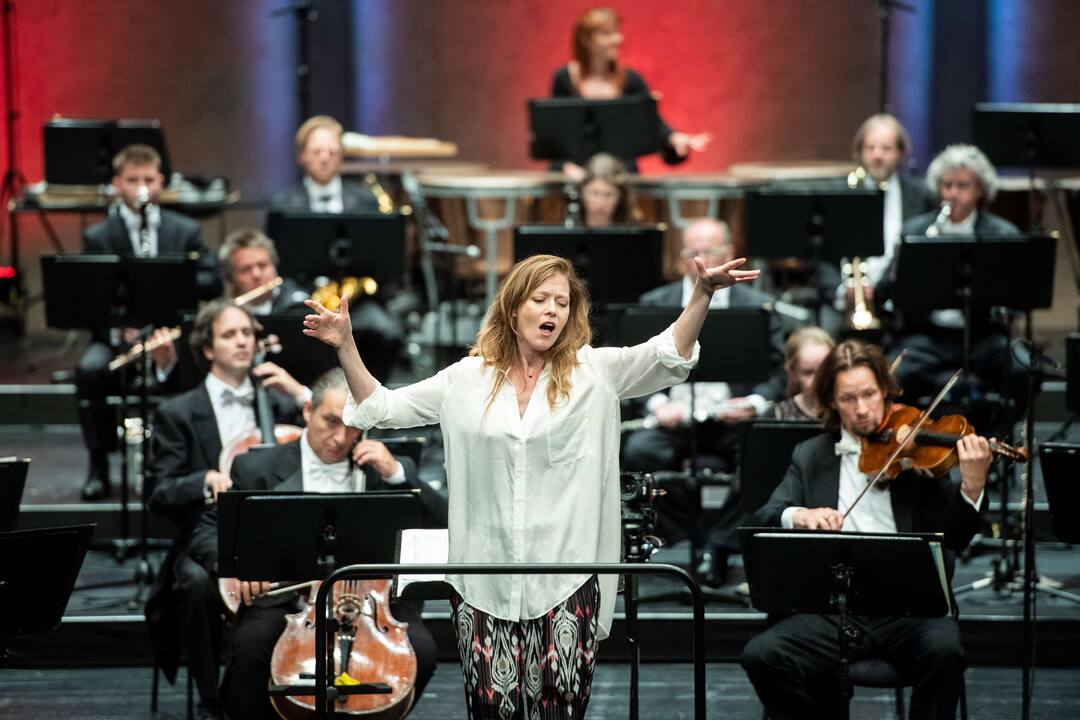 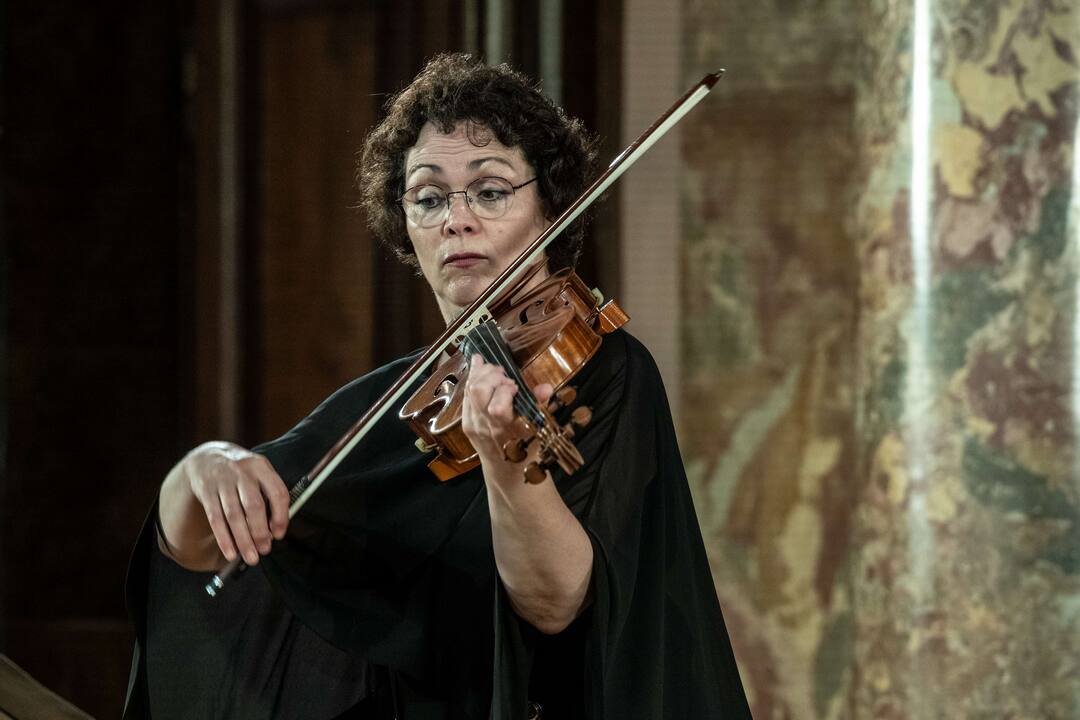 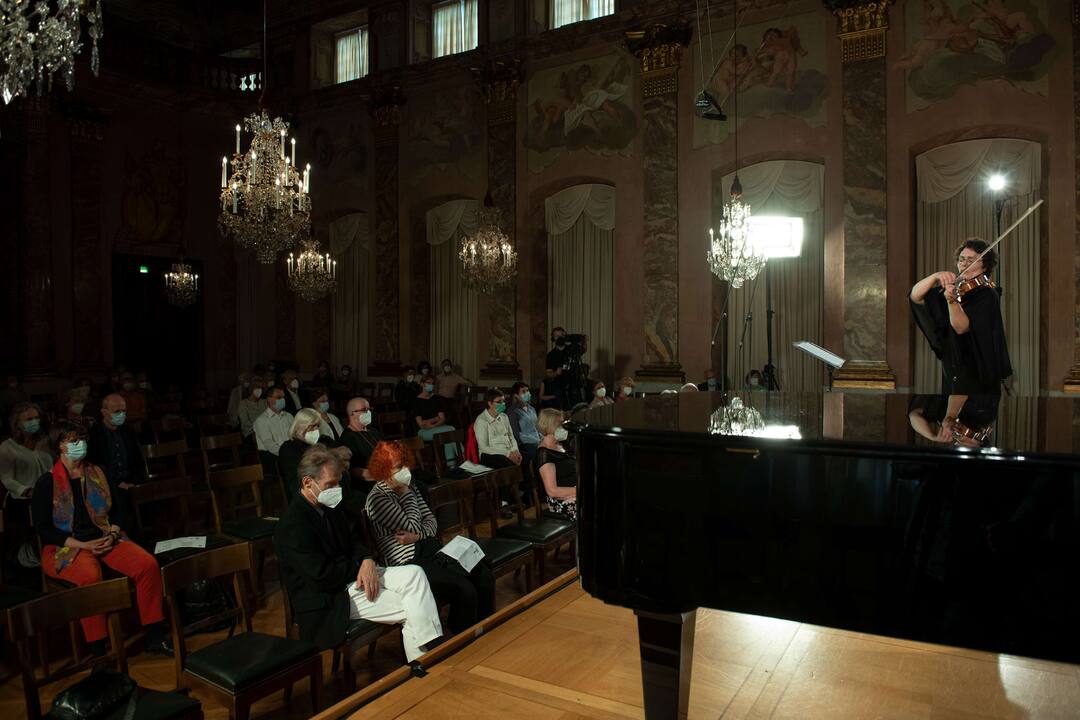 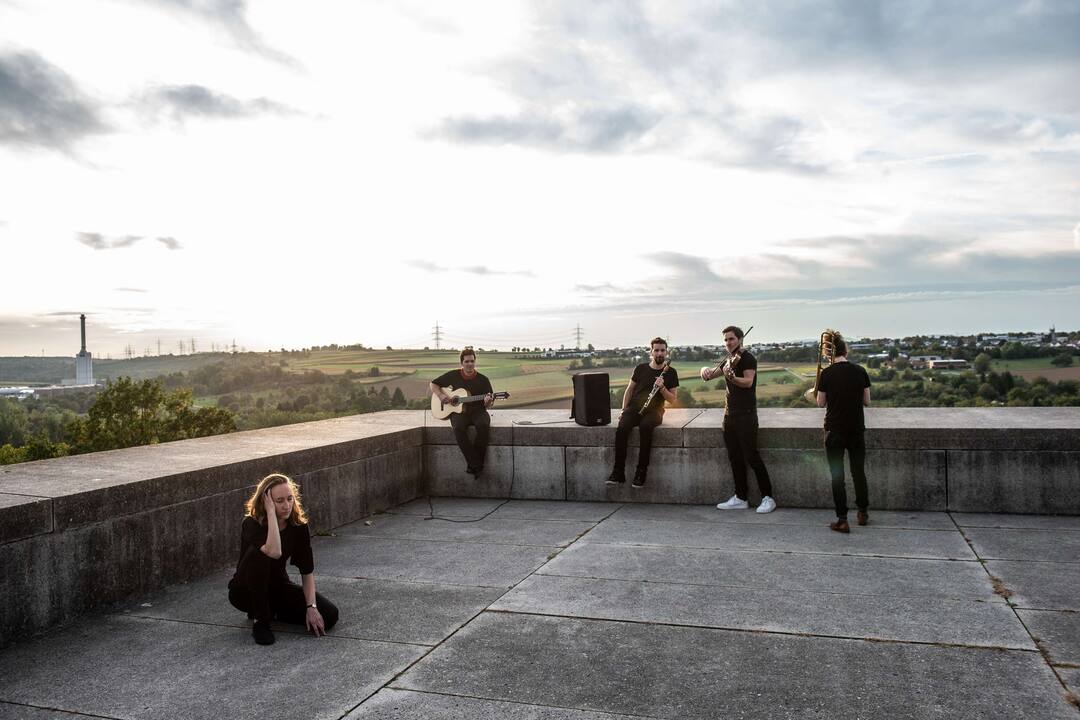 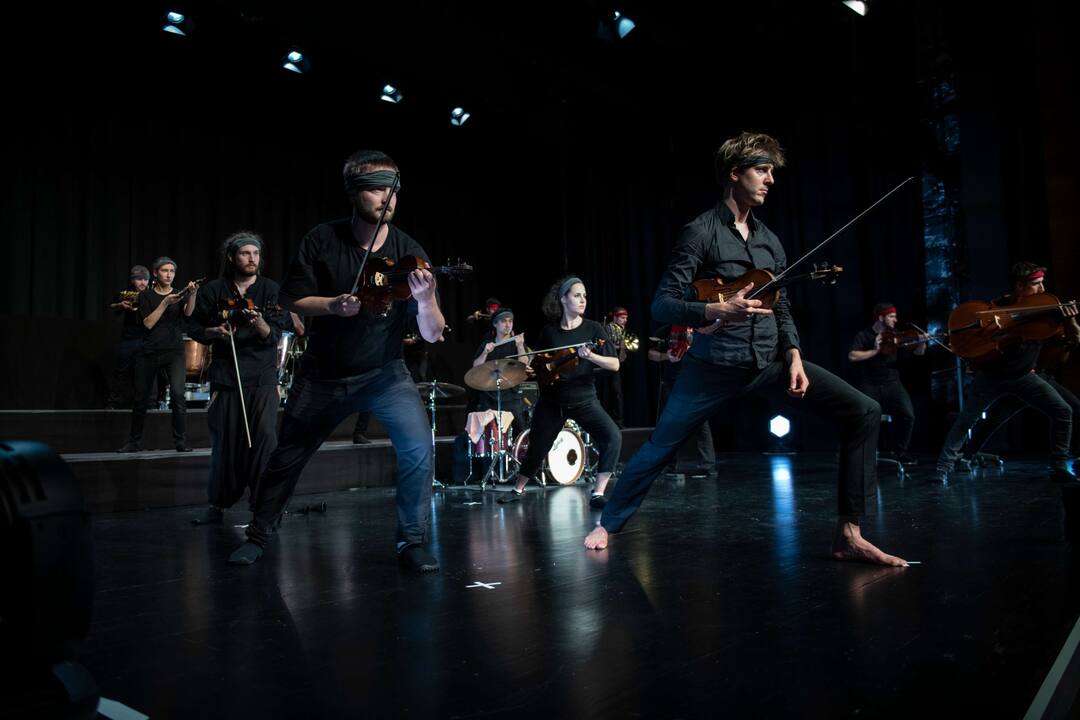 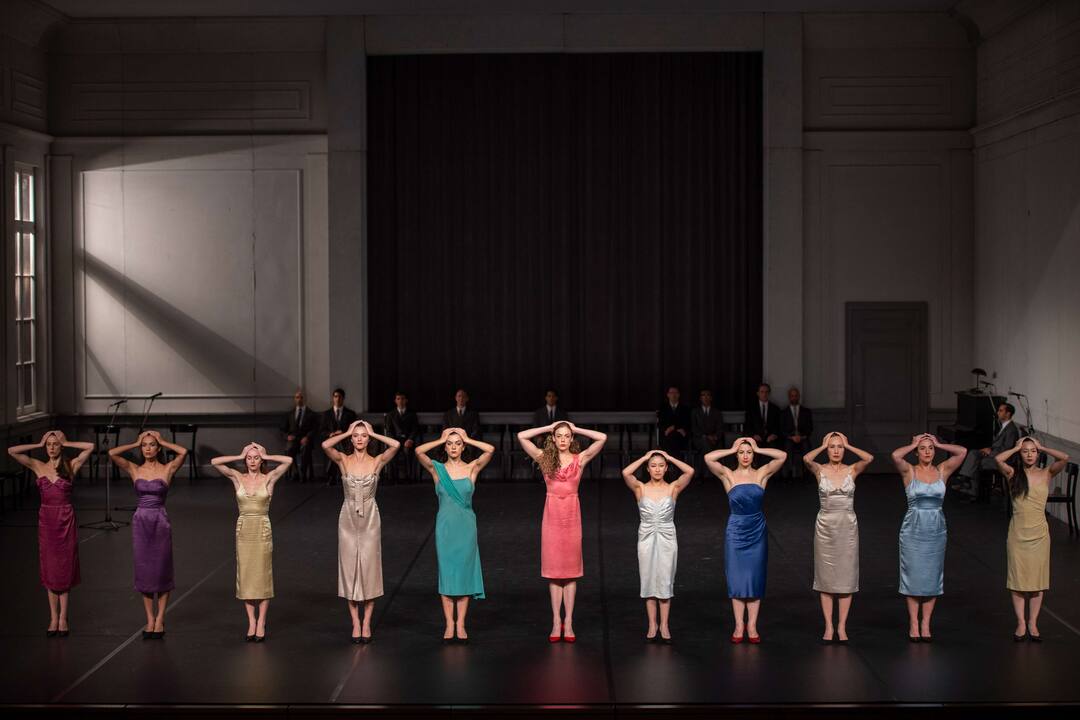