[This text has been translated electronically.] In 2020, we would have started our festival season in the spirit of the 75th anniversary of the end of the war and the founding of the United Nations. In terms of our engagement with the Sustainable Development Goals of the United Nations as the global Agenda 2030, we have come full circle. The reason: the »Sustainable Development Goals« were actively promoted by an honorary citizen of the city of Ludwigsburg, by former Federal President Horst Köhler, who, together with his wife Eva Luise Köhler, has already taken over the patronage for the festival year 2020 - and has also offered his patronage for the 2021 season. We are very pleased!

In this spirit, Horst Köhler has written a foreword for us, which we would like to share with you. Among other things he talks about responsibility, transformation and the arts as catalysts for change. 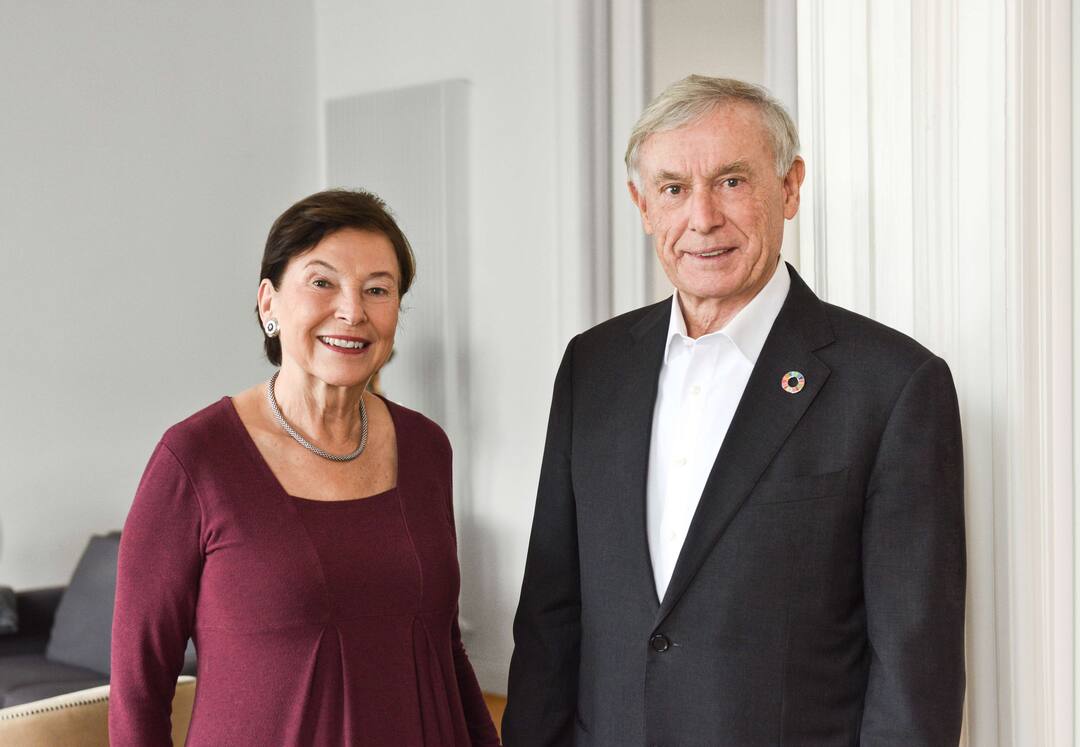 [This text has been translated electronically.] »Ludwigsburg is the city that once gave me my first inkling of our responsibility for something greater than our individual lives. I still remember with what enthusiasm I listened to Charles de Gaulle in front of Ludwigsburg Palace in 1962 - when I was 19 years old - as he called on us, the German youth, to stand up for a peaceful Europe and a world without hunger and need. And that is why I am glad and also a little proud that the Ludwigsburg Schlossfestspiele will in future resolutely place itself within the framework of the United Nations' Agenda 2030 for Sustainable Development - and thus also link itself to the great question of the future of humanity:

Will it be possible to shape coexistence in the world in such a way that all people can live in dignity without destroying the planet? This is the task facing humanity in the 21st century. It requires a new major transformation of the economy, society and politics. The good news is that the global policy framework for such a transformation exists. It is the United Nations 2030 Agenda for Sustainable Development, adopted by world leaders in 2015. In 17 goals, this agenda articulates practical and measurable progress for people and planet, 'for people, planet, prosperity, peace and partnership'. It is not a catch-up programme for developing countries, but a transformation agenda for all states. It identifies the need for change in the North as well as in the South, in the East as well as in the West. That means also for us. In particular, our patterns of production and consumption must change, the way we produce energy, the way we cultivate our land, feed ourselves, and get around.

There is no master plan for this great transformation. Rather, it is a major joint learning and search process at all levels of human coexistence. And it can only succeed if there are also many small changes from below: in families, associations, church communities, villages and cities. Everyone can contribute something - whether as a middle-class entrepreneur or as a local politician, as a student or as a pensioner. We need to try and discard, experiment and fail, move on and start again everywhere. And learn from each other!

Art and culture can inspire this. Experimentation and openness are their lifeblood. They can be catalysts for change, for a new balance between the ecological and the social, the global and the local. They can uncover the repressed and make contradictions visible, stir the best in us and make us dream. I am delighted that the Ludwigsburg Festival wants to contribute to this with artistic visions of the future.

It gives me hope that I am meeting more and more people who see transformation as an opportunity; who say: Yes, we will have to say goodbye to some of our cherished everyday comforts and consumer habits. But we also gain if we reflect on what really creates meaning and happiness. Those who switch from having to being, from owning alone to sharing, from a second car to a first bicycle, often experience the change as a relief, as a liberation, as a gain of leisure instead of a loss, as inner growth, which may not increase the gross national product, but certainly the gross well-being product. And aren't the important things in life - love, friendship, time for oneself and others - largely CO2-neutral?

Hope is also given to me by the youth. How often has our responsibility towards the coming generations been invoked in cautionary speeches! Now, all of a sudden, they are actually there, the young people. They are no longer a metaphor. Millions of young people are taking to the streets around the world on 'Fridays for Future', for example, because they see their future threatened by something they did not contribute to. They rightly fear that the degrees of freedom of their parents' generation will no longer be open to them. They want something very conservative: the preservation of creation.

I am happy about this development. There is a force growing that makes change possible. And the new Great Transformation will require a great willingness to change, we have to be honest about that. But I am also sure: We are already in the middle of the transformation, and most of the ideas and processes we need for it are already in the world!

It is not so much change that we need to fear as hesitancy or even unwillingness to shape it. May the Ludwigsburg Festival and its visitors do their part to bring about change!"